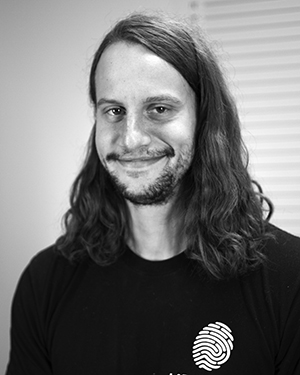 He and his wife have six animals that were all either found, rescued or showed up on their doorstep.

His favorite thing about LargePrinting is that he’s able to work closely with a few of his childhood friends.